One of the players writes about the beginnings of Cassiobury Rangers

My friend, Matthew Higginson, asked me if I would like to join him and some other boys for a football training session organised by Watford Football Club.

This was a Saturday morning in 1991, Matthew and I were only 5 yrs old. We met at the Girls Grammar School in Watford at 10.30, and after playing some games and doing all sorts of other training routines we all walked along to Watford FC at Vicarage Road. Cokes and burgers were provided and we were given a guided tour of the ground. We also had seats to watch the match that day; Watford beat Grimsby 2-0.

This was the first match I had ever attended.

Matthew and the other boys went training each Saturday morning in Cassiobury Park and so I went along the following Saturday. Over the following months more and more boys joined us until we actually had enough to make up a couple of teams. This group of about twenty boys was the start of Cassiobury Rangers. If we were going to play matches we had to have a name so some of our parents got together and the club was formally established and Cassiobury Rangers Football Club was created.

The Club has grown and grown since those early days and now has a membership of over 200 in all age group from under 5 to under 14. Some ofthe original group still play for the club, Peter Gooding, James Ballard, David Hazelton and Ben Higginson in the under 14's team, whilst Matthew Higginson, Peter Gray, Andrew Cheeseman, James Cooper and myself all play in the under 12's team.

This year the under 12's won their first trophy by winning the final of the Charity Shield which is organised by the Bushey Friendly League. It was areally close fought match against Nascot Wood Rangers who went one up within ten minutes. Both teams had their chances, but it was midway through the second half when Andrew Cheeseman had a really good shot blocked by the Nascot Wood defence, it came out to me on the corner of the penalty area, and I was able to drive it wide of their goalkeeper, and into the far corner of the net. Yes one-all and everything to play for!.

The play went from end to end, everybody was playing their hardest. The deadlock was finally broken, with only about 5 minutes to go, when Andrew Cheeseman and Matthew Flint working together, passed the ball through to David Thorpe who lobbed it over the keepers head and into the net, 2-1, to Cassiobury Rangers.

The Mums and Dads were jumping up and down, encouraging us to keep going, Simon and Martin our coaches were telling us to concentrate and keep working hard.

When the final whistle blew it was great, we had won our first Cup Match! 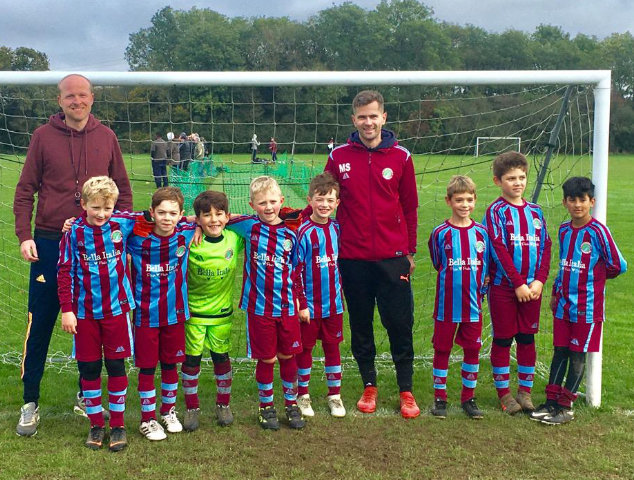